If you are looking for homes for sale in Loudon TN, check out the listings below. There are numerous offerings for lakefront properties, beautiful homes by the river, and other real estate options. Speak with a CENTURY 21 MVP agent today to find your perfect home or property today!

Links to Condos and other Homes for Sale in Loudon TN

All Homes for Sale in Loudon

Loudon, population around 5,400, is the county seat of Loudon County. It is located southwest of Knoxville, on the Tennessee River. Loudon was named after the colonial era fort, Fort Loudoun, that is located further south in Monroe County.

Loudon was originally known as Blair's Ferry after the family who controlled traffic across the river. Being a waterfront town, most of the economy was centered around the wharf where ferry boats would deliver all types of cargo. Later a railroad was built, which resulted in the growth of the town. The town was renamed to Loudon shortly after the railroad was built. 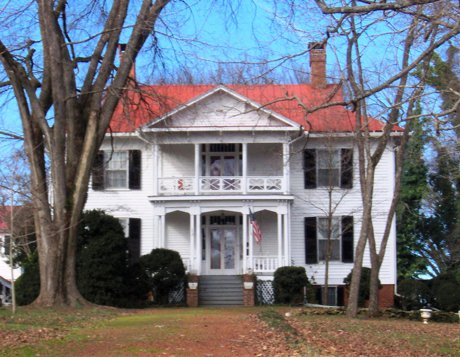 Being part of Loudon County, Loudon has a lot to offer when it comes to outdoor recreation. With easy accessibility to various lakes and the Tennessee River, water activities are the main draw to the area. Whether you are wanting to take your boat out on the lake for a day of fishing or kayak down the river, Loudon has something for you.

Loudon is a great place to live for people who enjoy spending time outdoors. With numerous parks and water access, there is always something to do!

Loudon also has a quaint historic downtown area where you can grab a bite to eat, find unique items in one of the local shops, or admire the architecture of the historic buildings.

Loudon is also one of the top places to retire. Tellico Village, located on the on the banks of Tellico Lake in Loudon, is one of the highest recommended senior retirement communities in the southeast.

Loudon is served by Fort Loudoun Medical Center in nearby Lenoir City. There are other highly ranked medical facilities in Knoxville and other surrounding areas.

Schools are provided by the Loudon County School District and nearby universities include the University of Tennessee in Knoxville and Walter State Community College in Morristown.

This architecturally stunning home combined with breathtaking panoramic vistas of Tellico Lake, and the Cherokee and Great Smoky Mountains is located on one of the highes...

Come explore the nearly 60 acres of private land with gorgeous Smoky Mountain views! For the first time, this custom 2010 build is on the market! The possibilities are en...

A unique opportunity to own expansive acreage inside beautiful Tellico Village totaling 11.5 acres. This multi use piece of property can be divided back to two parcels, s...

Don't miss out on this wonderful opportunity to live on the lake in desirable Toqua Coves. Stunning 5 bedroom 4 1/2 bath home with year round water. Additional living ar...

Lakefront Home in Main Tellico Village on a quite cove with flat- easy walk to your own private dock. Four bedrooms 2 up and 2 down, master on main level. This home has ...

Attention Commercial Builders/Investors! This is a very rare opportunity to develop in highly sought after Tellico Village. 8 acres of commercial property. This property ...