If you are looking for homes for sale, Jefferson City TN has fantastic listings for you to browse. Jefferson City is a great place to live and invest in real estate.

Whether you are looking for a starter home for your family, a lake house, or commercial property, Jefferson City has what you need. Take a look at the listings below and let us help you find your dream home today.

Use the below links to find to find your next home or investment. CENTURY 21 MVP is here to assist you every step of the way.

All Cabins and Homes in Jefferson City

Jefferson City is a small town in East Tennessee in the Morristown Metropolitan Area with a population of around 8,200. Almost a quarter of the population is between the ages of 18 and 24, which isn't surprising since Jefferson City is home to Carson Newman University.

The city was originally named "Mossy Creek" after a small moss covered creek that runs through town, but it was changed in 1901 to honor Thomas Jefferson. The name might have been changed, but you will hear many locals still calling it Mossy Creek. 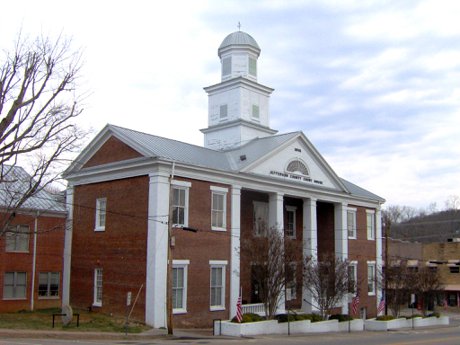 Jefferson City has a strong religious history, being the site of a small Christian school called "Mossy Creek Baptist Seminary" that started in 1851. Almost 30 years later, the school was renamed to Carson College and for several years was complementary to Newman College, the female institution just across the street. In 1889, the two colleges joined making Carson Newman College one of the first coeducational institutions in the South. It is now called Carson Newman University and is one of the finest Christian Liberal Arts schools in the country.

Jefferson City is a unique mix of small town and college town atmospheres. You have acres of farm land but also a main strip with numerous options for dining and shopping. Living in Jefferson City, you are only a 45 minute drive from bigger cities like Knoxville and Morristown, as well as tourist destinations like Pigeon Forge. So you can live in a quieter place, but take a short drive if you want more action.

There is also ample opportunity for water sports, being only a short drive to Cherokee Lake and Douglas Lake.

Carson Newman Football is a big deal in Jefferson City. If you want the excitement of team that wins, just step into Burke-Tarr Stadium and you can feel the energy all around you.

The Jefferson County School System provides K-12 public schools in Jefferson City. Carson Newman University is located within city limits, but the University of Tennessee in Knoxville and Walters State Community College in Morristown are only a short drive away.

Jefferson City is served by Jefferson Memorial Hospital and is close to various medical facilities in Knoxville.

The cost of living is low compared to other places in the United States, but the quality of life is one of the best.

Incredible Opportunity for PRIME COMMERCIAL PROPERTY WITH A HIGH TRAFFIC COUNT IN JEFFERSON CITY, TN 37760. The true value of these properties is their location and tra...

47 Acres in Jefferson City off 11E parcel comes with TWO rental homes (both rented) and a large horse barn.Home One is a 3 bedroom 2 bath single wide. Home Two is a 4 be...

This stunning two-story house with a fully finished basement sits right on the main channel of the majestic Cherokee Lake. Wake up each morning and look across the water ...

~34 Acres of Majestic Mountain Views. At an elevation of just over 1300 ft. the crest of the mountain offers nearly 360 views of Cherokee lake to the west and expansive f...

~34 Acres of Majestic Mountain Views. At an elevation of just over 1300 ft. the crest of the mountain offers nearly 360 views of Cherokee lake to the west and expansive f...

Bring your horses, cows, goats and ATVS because here is your chance to own your own slice of East Tennessee! This is an ideal place for a tranquil setting for your new fa...